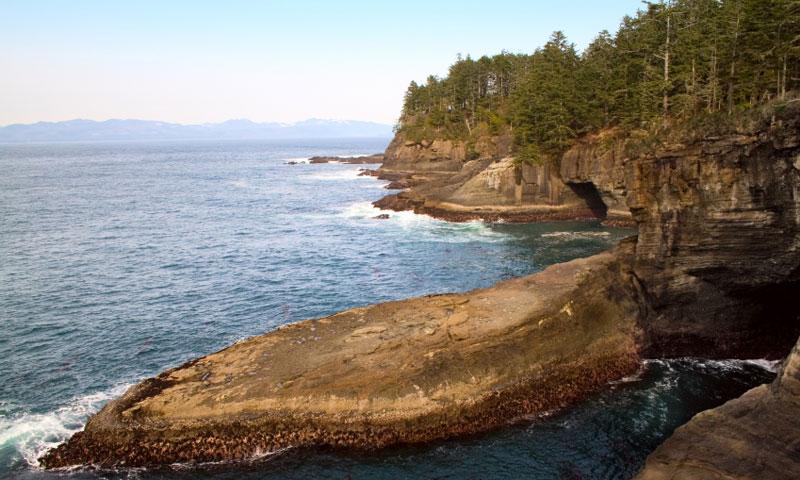 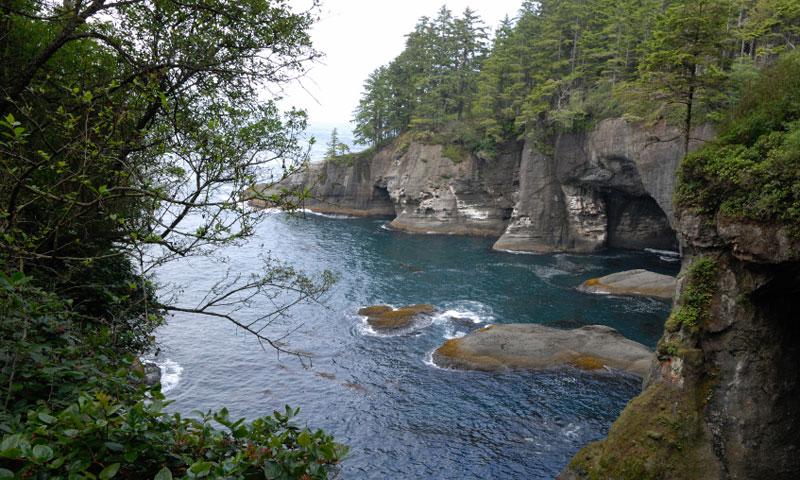 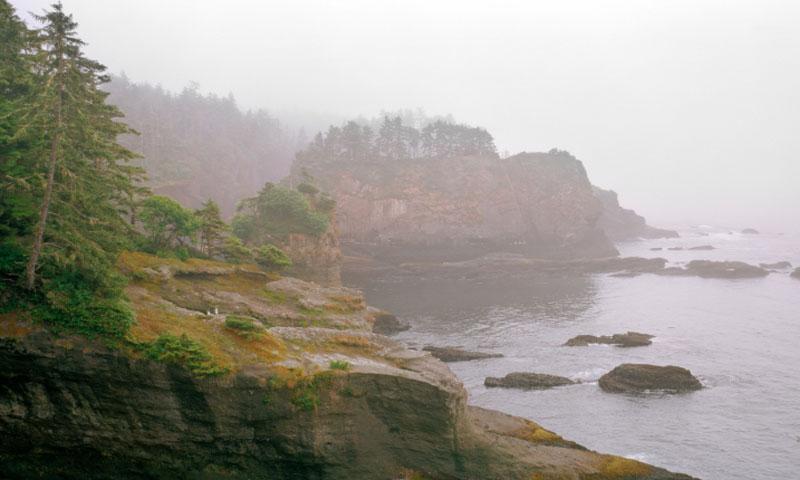 Cape Flattery is located on the very northwest tip of the contiguous United States and can be accessed by an easy, well paved trail that brings visitors to some of the most beautiful and scenic viewpoints in the world. The trail features unparalleled views of Pacific Ocean, the Strait of Juan de Fuca, seastacks, caves, and tidepools.

What can I see at Cape Flattery?

Seastacks, Fuca Pillar, Coves: Cape Flattery features stunning rock formations, seastacks, caves, and cliffs carved by centuries of crashing waves from the Pacific Ocean and the Strait of Juan de Fuca. It can be a spectacular sight to watch the waves break against the giant rocks. The seastacks, which are covered in lush green plants, mosses, and even trees are spectacular gems of the coast. If hikers have the time and the patience, it is suggested that hikers stop in different locations along the trail to listen to the different sounds that the waves create as they crash on different rocks and enter and exit caves.

Tide Pools: The Cape Flattery trail leads visitors down onto the shore below the mighty cliffs, where visitors can enjoy the wonders of some of the cleanest tide pools in the world. Creatures often found in these clear pools include anemones, giant starfish, crabs, and communities of shellfish.

Wildlife: With such nutrient rich water, Cape Flattery attracts rare and majestic animals of the sky, land, and of sea. Bald eagle season in Neah Bay is typically between January and April, when thousands of eagles spend the winter diving into the water for fish. There is a colony of Tufted Puffins who live in Cape Flattery. Known for their bright orange beaks, the male Tufted Puffin also features unusual white head-feathers. The best season to see the puffins is summer, when it is typically less cloudy in Cape Flattery. Cape Flattery is often a feeding point for migrating whale pods. Between March and May, visitors have the highest chance of glimpsing giant Gray Whales, Orca, and Humpback whales as they travel from their winter feeding grounds in California up to their summer waters near Alaska. Sea lions can typically be seen and heard from the trail year round, while sea otters sighting are a bit more of a treat.

Where is Cape Flattery, WA?

Cape Flattery is located on the Makah Reservation and is the most northwest point in the contiguous United States. From Port Angeles:

When is Cape Flattery, Washington open?

The Cape Flattery trail is open year round from daybreak to sunset.

How much does visiting Cape Flattery cost?